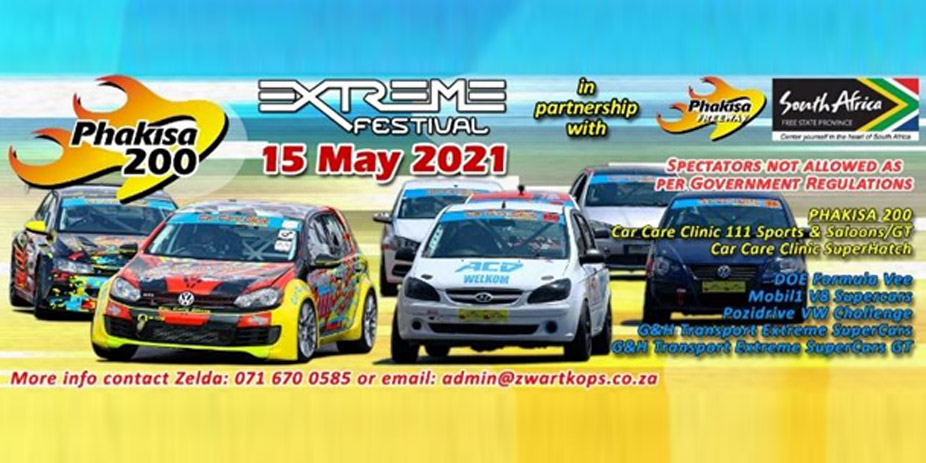 Standing the slightest chance of doing well or even winning the 200 starts weeks before the event with the preparation of the car, which simply means going through the entire car with a fine-tooth comb leaving nothing to chance.

The key is to first clean out the engine bay and undercarriage with a Shield engine degreaser and a pressure washer to ensure that any problems around the water-cooling system, fuel, or oil piping are not covered with grime and to expose problem areas that may be hiding.

Meticulously going through a checklist, for each nut and bolt, hose clamp, bearings, brake pads and fluid, fuses, and so on, until each part of the car has been checked and marked with tip-ex highlighting the correct tolerance and torque to specification.

Diving into the engine bay you very soon come to realise, that it is very easy to underestimate just how many components are in the build of a car, when factoring in the engine, fuel injection unit, braking, and cooling systems without even taking the drive train and gearbox into consideration. Taking the above into account, you will appreciate that this is an immense amount of work and, in my opinion,  where the race  is typically won as the driving is only half the battle as the car needs to cross the finish line.

Taking a rough estimate of  two weeks, slotting in an hour or two in the evenings and some work on the weekend, the team managed to get the mechanical side of things all sorted out and ready for the final step which is visit down to Roodeport for a last-minute setup adjustment by Oom Jannie Van Rooyen – (the “Handling” Wizard).

Completing the setup on Thursday late afternoon, we loaded up and headed off for the  Phakisa track in Welkom at around 6pm in order to be ready for our allocated Friday morning practice session. Over the years I have learned that it’s important to make this early morning session so that in the event of you encountering any issues and, considering that it is an  “out-of-town race”, you will hopefully still have sufficient time to fix anything major that may need Engineering or special part required whilst the spare shops are open. Some years we have even come back to Johannesburg to sort out something as small as an ECU unit before the race Saturday 3pm. That’s a race driver for you. Reaching Phakisa around 9pm and getting all sorted out in our allocated pits we were ready for an early night and headed off to the B&B.

Lining up and ready to go, always with a few butterflies buzzing around in the tummy is what keeps me focused on ensuring that all the hard effort in preparation is unleashed and hopefully the setup is on par. With the blow of the whistle the green flag highlighting the practise session is open, all the butterflies disappear, and the track becomes the focus. Phakisa is an extremely fast circuit therefore it is imperative to get the tyres up to operating temperature before trying to dial in some lap times. Once the tyres were up to temperature I started to step on the gas and was strait into low 1min 58’s on used rubber which was a good indication that the car was good for 1.57’s on new and dialled in.  The Phakisa asphalt over the years has become more abrasive and really chews tyres far  more than other circuits, meaning I had to save the used rubber as best as possible to qualify on as well as use the new set for the race , hopefully getting us through to end the 200km. Gavin Ross from VW Challenge I, selected to do the 1O Laps with me as it helps with the pit stop rules as the driver who jumps out the car can refuel 2OL and compulsory wheel change whilst the other driver gets in the car .. and then has time to clean the windscreen which is also compulsory.

Believe it or not, these rules have cost teams the race as they receive a drive through penalty if the order and sequence of pit stop rules are not adhered to ….  bringing tears to some and joy to others.

Saturday, bright an early in the biting cold, I banged in a 1.58.3 on the threads of used rubber, which was good enough for 11 overall and 1st in Class.

On completion of qualifying, the pits are a hive of activity as teams have a few hours to go through the car for the last time, changing tyres, setup, checking brakes and again for one last time, every little bolt gets a once over before taking the car off trestles for a last shining up with Shield Showroom Detailer.

With 3pm approaching, all the racer driver suit up and have a few last minutes fluids to avoid dehydrating as the temperatures in the cars sore during the race,  compounded by a fireproof suit on … probably why by Lap 50 you start hallucinating envisaging  an “ice cold one” …

Lining up on the grid and all within a few points of second between us, I knew this was going to be a busy few laps and had to manage the situation with caution as the cars are fully loaded with 45L of high octane fuel and weighing in above their normal sprint race weight making them tricky to handle at the start.

Waiting for the Pace Car to take us off on the warmup lap seems like an eternity and then before you know it the race is on and all that you think about is getting into a position that allows you to settle down  to start putting in consistent laps.  If you want to stand a chance of winning the Index, which is as prestige as the overall race, especially if you not driving an “A” class car.

Heading down the back straight on lap 3 or 4, when I had slotted into position, which was now up to 8th,  I knew if could keep the pace up and stay out of trouble we would stand a good chance of picking up some silverware. Lap after lap came and went and with few “A” class cars starting to pack it in for the day, I was laying in the top 5 which was gathering huge interest from the pit wall as the laps counted down.  Roughly on around lap 38 I came into the pits which meant Gavin had to do the last 10 and only required splash and dash of fuel to ensure we made it home.

Sharing a new pit crew with my friend Adrian Dalton, I knew we had this waxed as the crew is well trained and furthermore incentivised on a time bonus in out the pits … this is quite a crafty trick to ensure performance ….. it works.

Coming into the pits, and having the pit area all marked out in a yellow lumo duct tape, it was impossible to miss the eager pit crew ready waiting to cash in on the pit stop … and within a flash the car was back out on the circuit.

I had just put my helmet down and taken sip of a cooldrink when I was called to the pit area. Gavin had indicated he was coming in and had a problem. Coming into the pit I could see it had shot water over the windscreen, the team pulled the bonnet off to see what could have gone wrong and was disappointed to see that the alternator belt had jumped off due a stud breaking that secures the alternator. Well, devastated doesn’t accurately do that sinking feeling justice.  Two minutes earlier we were in the running for Index and were  leading Class B.

Victory in Class B

What a surprise when the results came out. Even having lost time and based on our position when the race finished, we had secured 1st place in Class B, a rather bittersweet result.

As always, a big thank you to Shield for all their support and to my amazing pit crew for the quick pit stop and hard work over the weekend.

I look forward to doing better at the next 200 and as ARNOLD says — “WE WILL BE BACK!”